Superstitions: do they help? Pre-match routines and their effect. Part 1 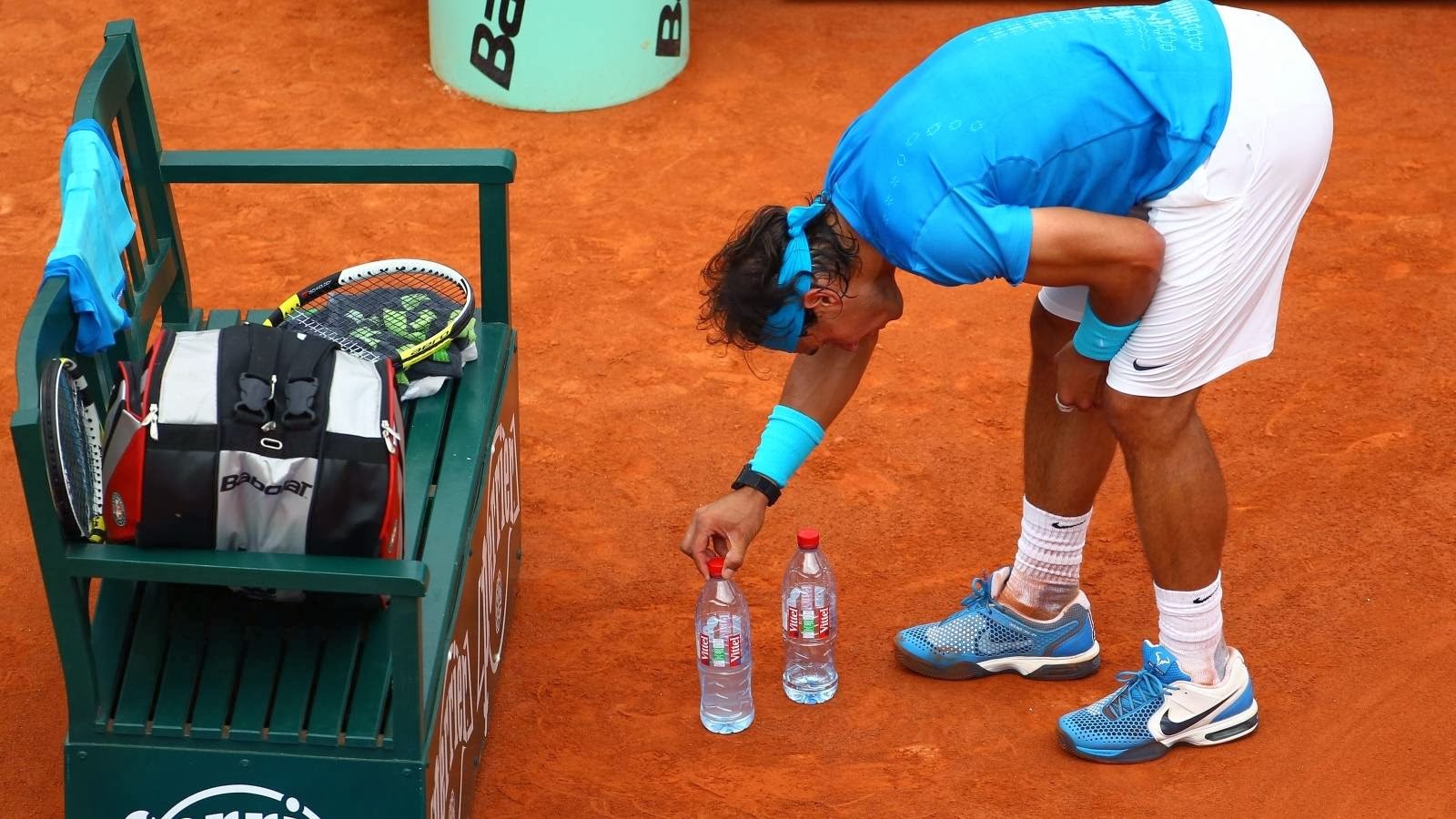 Those of you who follow tennis will know that Rafael Nadal has to have things a certain way. His water bottles have to be on certain spots, he has to sprint to the back of the court at the start of every match, he has to correct his hair and bandana before every serve and I'm sure there are many more things he does every time he plays that we do not notice or see.
There are many other famous examples including footballers needing to put one boot on before the other. Clubs trying to change strips at half-time as they determined a certain shirt was bad-luck.
Even as fans, who realistically have no way of altering the result (particularly, even if only watching on TV) have our own little things we do because last time we did that they won. I know of people who decided not to go to any of the games because every time they turned up, despite being one of tens of thousands there, they lost, but if he stayed home they often won.

Some psychologists suggest the way we look at the world is as detectives. We look for patterns and connections in everything because we have this internal desire to link things together into a logical, cause-and-effect world. Coincidences are confusing to humans as it means there is nothing they can change to get the desired outcome in that situation again. Therefore they develop superstitions from wearing lucky pants to not stepping on the lines of the field.

Do these work? The obvious answer would be no, unless those pants were exceptionally comfortable and allowed a greater range of movement that allowed better performance than others then no, wearing specifically those pants will directly affect performance. HOWEVER, if wearing those pants mean he goes into the game feeling more confident, there is a well-researched link between self-confidence and performance. So actually, YES, those lucky pants do help his performance!
Would I tell these people that their superstitions are stupid? Would I tell Rafael Nadal the way he places his water bottles is silly? No, however, I would encourage anybody with these superstitions to analyse them, do you really believe this helps your performance? If so, then I would not in all cases tell you to stop, but in the long run I would encourage more of a focus on preparation that can have an effect on performance (which may include those superstitions) which I will talk about more in part 2.

If you have none of these superstitions, is this a problem? No! Would I encourage all athletes to search through their results and find a link between one specific thing and all the wins and decide that must be a lucky thing to do, and adopt it as a superstition. No, I wouldn't.
However, are there parts of your preparations you are ignoring that could have a positive effect? Is warming up before the match a superstition or does it actually have a biological or psychological effect that does improve performance objectively?

This will be continued in part 2 where more tips on how to improve your performance using routines will be given.

Working on routines is just one of the ways a sport performance enhancement specialist can help, check out "Services" to see how else one could improve your performance.
at Wednesday, March 05, 2014